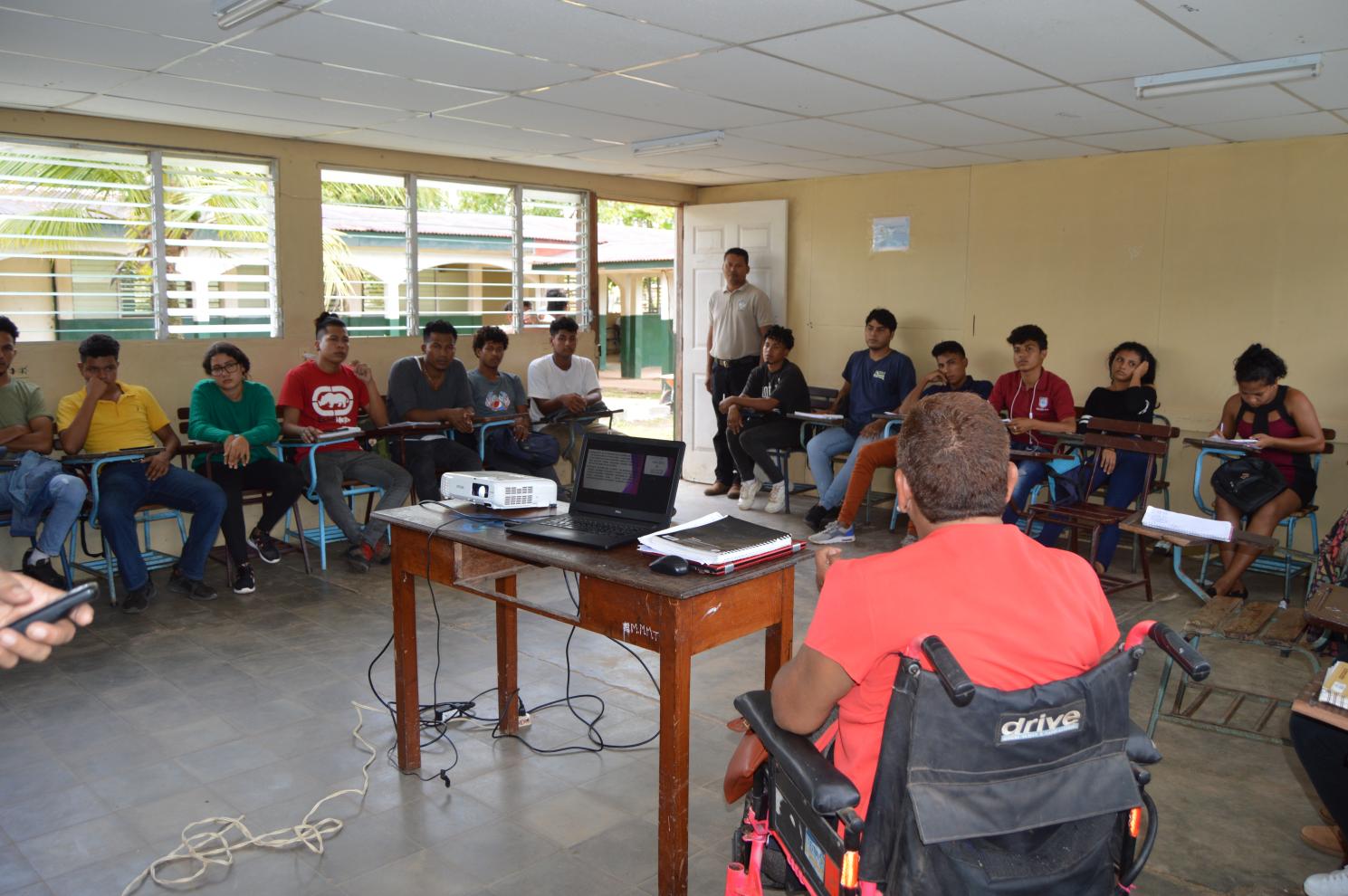 Involvement in the university community

On Wednesday, August 28, students of the first year of the civil engineering career, of URACCAN Bilwi enclosure, received the visit of the graduate Martha Downs Sanibal, regional technical coordinator of the Regional Secretariat of Persons with Disabilities, of the Autonomous Regional Government of the North Caribbean Coast, to give a talk on Law 763 "Law on Persons with Disabilities".

This talk was conducted through coordination between the Bilwi Office for the Defence of Human Rights and URACCAN, in addition to this action, various activities are also being carried out that contribute to raising awareness of these issues of the rights of persons with disabilities, it is important to take into account that the law was created to establish the different opportunities for inclusion and avoid discrimination.

The student community was attentive to everything on display by graduate Martha Dows, including some questions, doubts and contributions that contributed to the effectiveness of the dialogue between the coordinator and students.

Learning about the law

According to Martha Downs, the idea is that youth and society at large should be empowered by everything covered by Law 763 "and may have training for equal opportunities and rights throughout their cultural political and social sphere", in addition to endepending on people with disabilities "to have effective and effective exclusion within society" Argued. 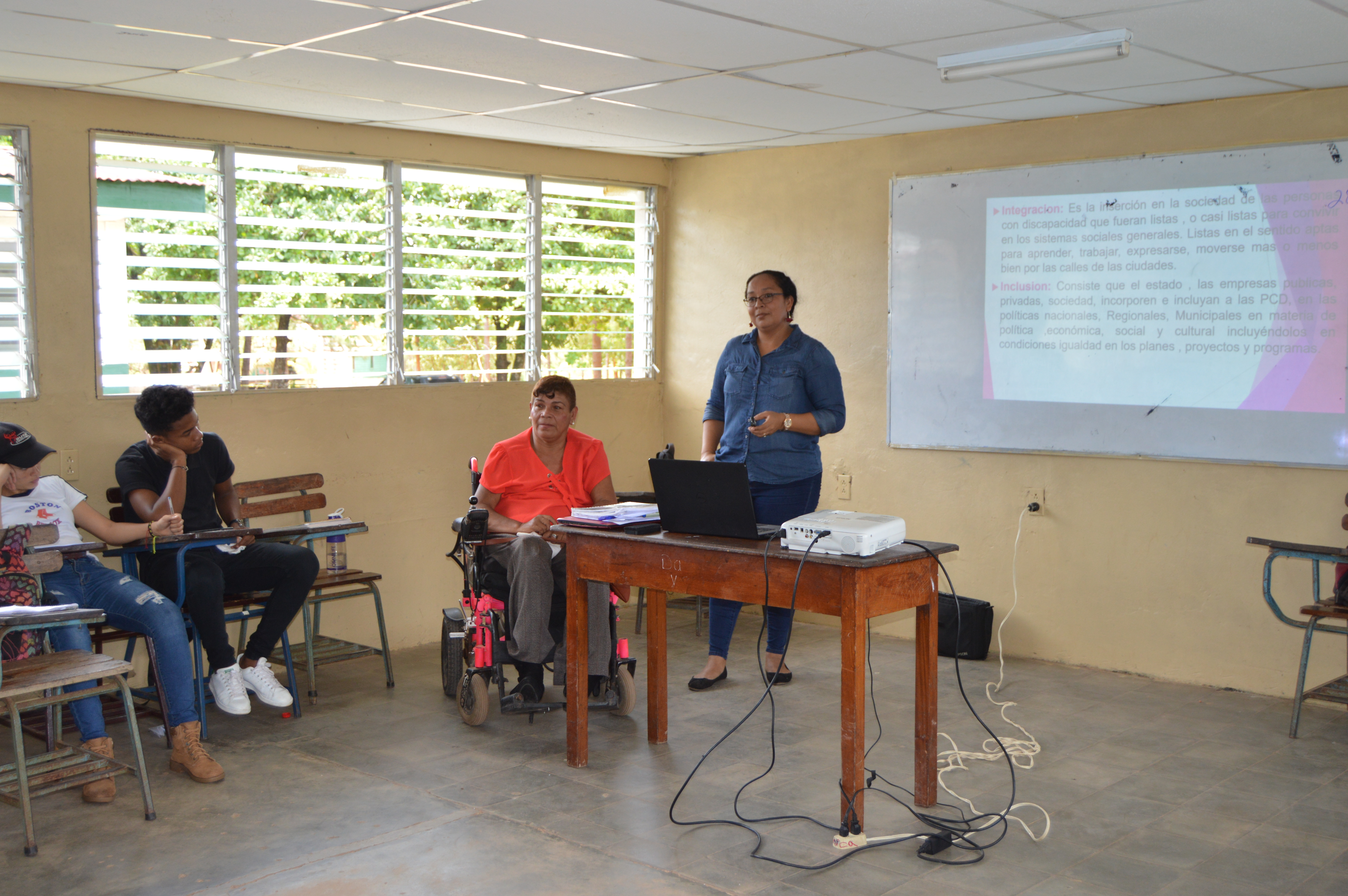 In addition to this talk at URACCAN, talks have been held at the Regional Secretariat of Persons with Disabilities with other institutions, such as the National Police, "we are conducting an entrepreneurs' fair where 25 people with disabilities by Friday will present their skills, skills in crafts, in different jobs that they design" Downs argued.

In addition, they have held meetings with different social sectors, imparting topics of inclusion, improvement of the standard of living; and the recognition of human rights contained in the Political Constitution of the Republic of Nicaragua, laws and international instruments ratified by Nicaragua on disability.

Downs also said that various inspections are being carried out to understand the type of physical accessibility that the various institutions have with respect to persons with disabilities, "which is the mandatory Nicaraguan technical standards, to see the ramps, the conditions, we are also seeing job insertion, if there are people with disabilities working," he concluded.