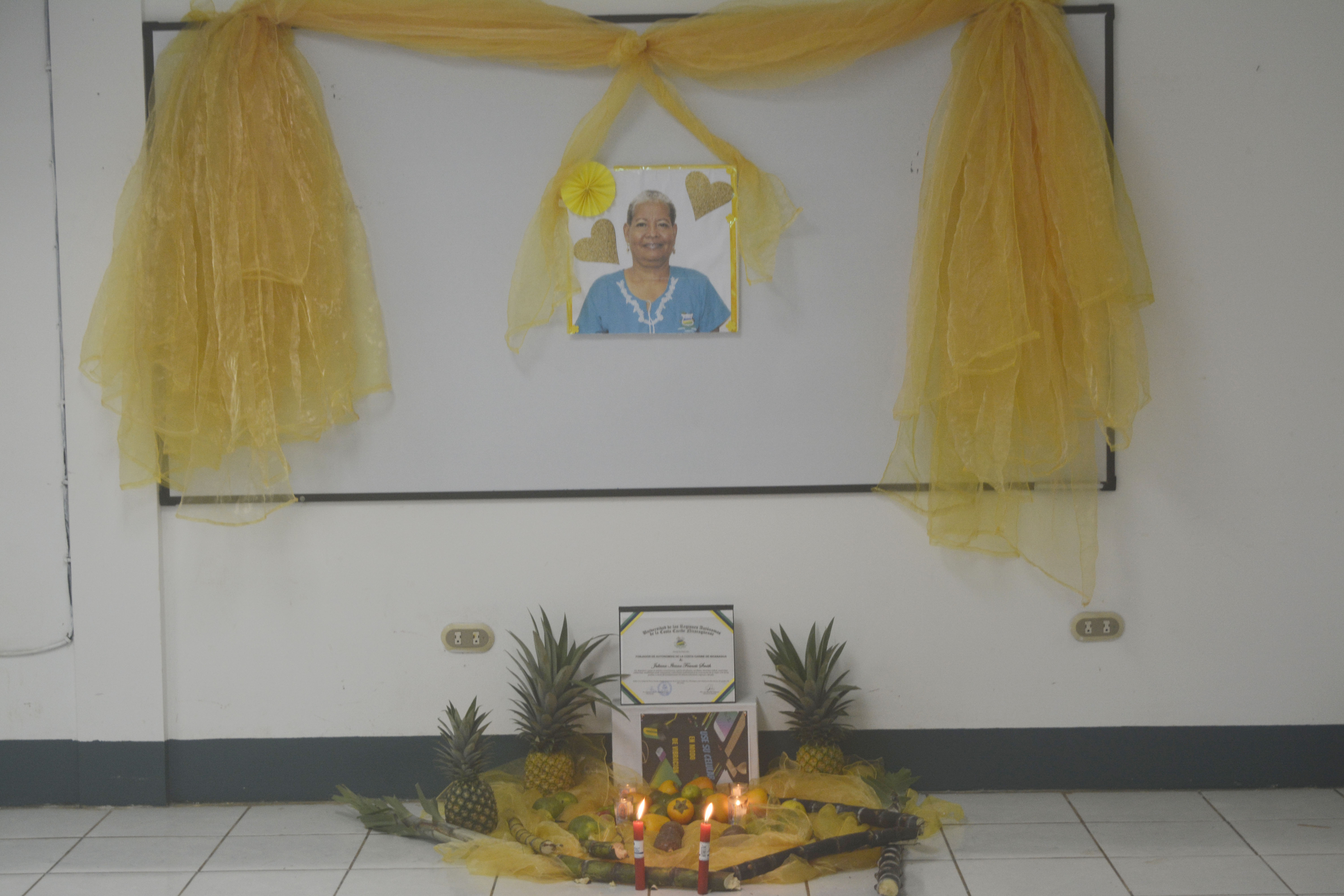 Dr. Lopez: "The best way to honor Juliana's memory is to follow in her footsteps of fighting for equity and respect for each other."

His legacy will remain among us

The URACCAN educational community new guinea venue celebrated the life and legacy of teacher Juliana Francis Smith, who a year ago would move on to another plane of life. The tribute was made by holding a Eucharist on this university campus, a gathering, brotherhood and prayer.

"It is nice to see how Juliana is remembered, who has fought for the defense of women; we have to continue to work her legacy, continue this precious work of humanizing life and starting with the woman who has historically been so battered and rarely taken into account," mused the parish priest, who thanked the authorities and staff of URACCAN for inviting us to share the body of Christ in the enclosure.

The Solemnity of the Mass was attended by the administrative staff, teachers and students represented in the executive of UNEN in full, who set out with respect to participate in religious activity in honor of Juliana.

In his words, deputy-chancellor of the precinct, PhD, Eugenio López, stated that "the best way to honor Juliana's memory is to follow in her footsteps of fighting for equity and respect for each other." He also thanked the priests for their presence in this activity, which is the first to be carried out in this university campus.