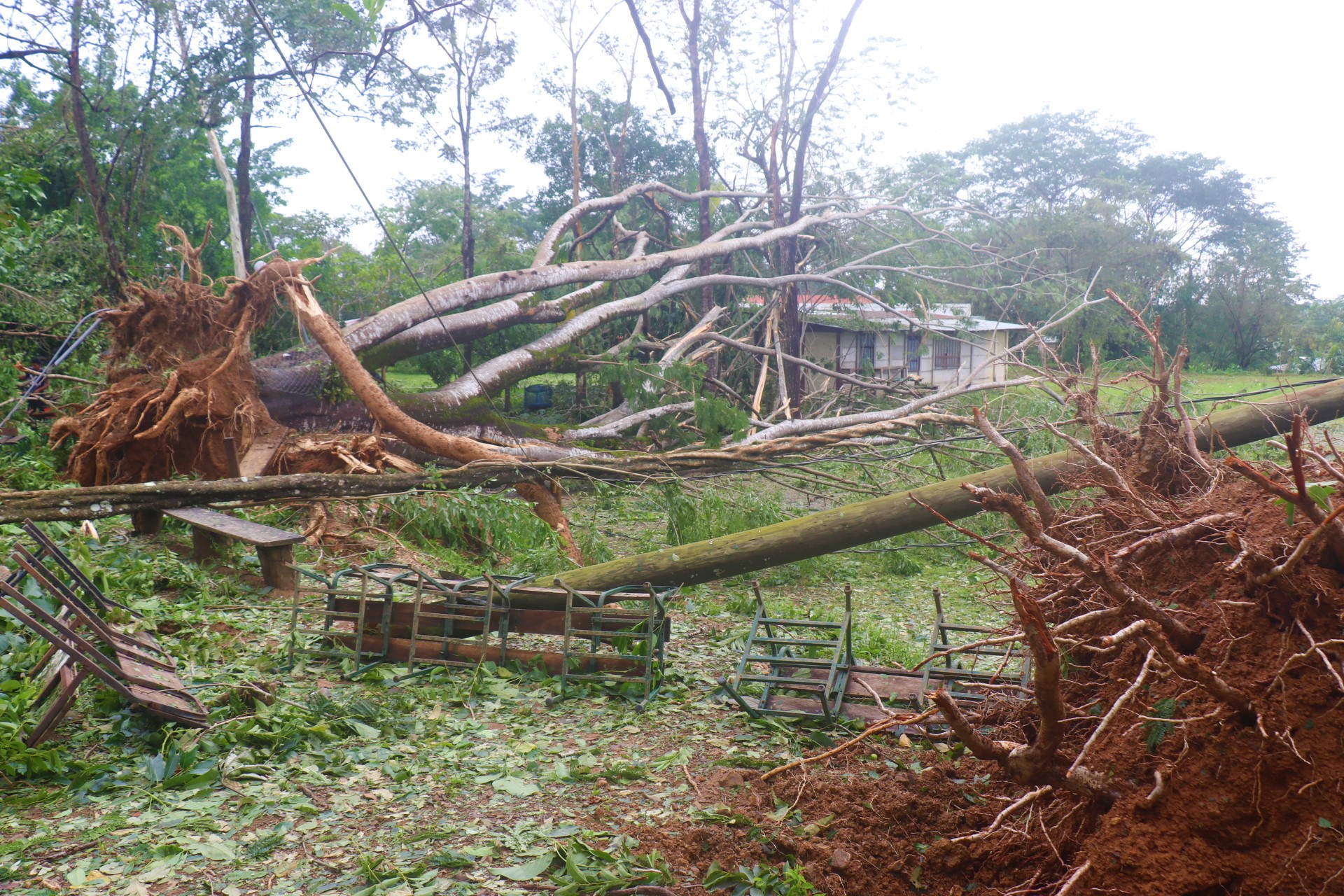 This is one of the many scenarios of the strong environmental impact that Hurricane Iota had on the Las Minas compound.

According to a preliminary report submitted to rectory of URACCAN, the damage to the Las Minas enclosure amounts to 3 million 38 thousand córdobas.

A commission made up of researchers, faculty and students from URACCAN Las Minas conducts the damage assessment left by Hurricane Iota as it passed through the Northern Caribbean at Los Laureles Natural Laboratories, Awawas and the Yuluh Arboretum on the Siuna campus.

Dr. Angélica Leonor Ruiz Calderón explained that it is necessary to have concrete data on forest damage, both in the soil and in the production established in the natural laboratories, where there were also timber trees that were planted during the National Day of Reforestation, promoted by INAFOR (National Forestry Institute) and the Government of Nicaragua.

Master Efraín Peralta Tercero, a URACCAN teacher, said that in their assessment they have found serious damage to trees larger than 20 centimeters that were established in 2009, where they were knocked down by Hurricane Iota by 80 percent and only 20 percent remained standing.

These trees are bent and terrified, and have to be taken care of to recover. By the general assessment it is explained that those trees that endured the wind, if tracked, can be recovered.

URACCAN teacher Oscar Flores reported that in the evaluation they are obtaining soil damage data, to determine whether they are usable or not and which species can be recovered.

It also raises information from the crop, the phenological stage of the crop, estimating crop loss and collateral damage in general, all of which directly affects the local, regional and national economy, putting the well-being of our peoples at risk.

The preliminary damage assessment report submitted by the coordinator of the Inter-Agency Committee on Risk Management of the site to Rectory indicates that the damage amounts to 3 million 38 thousand córdobas in URACCAN Las Minas on its campus in Siuna and the rosita, Bonanza and Waslala extensions.