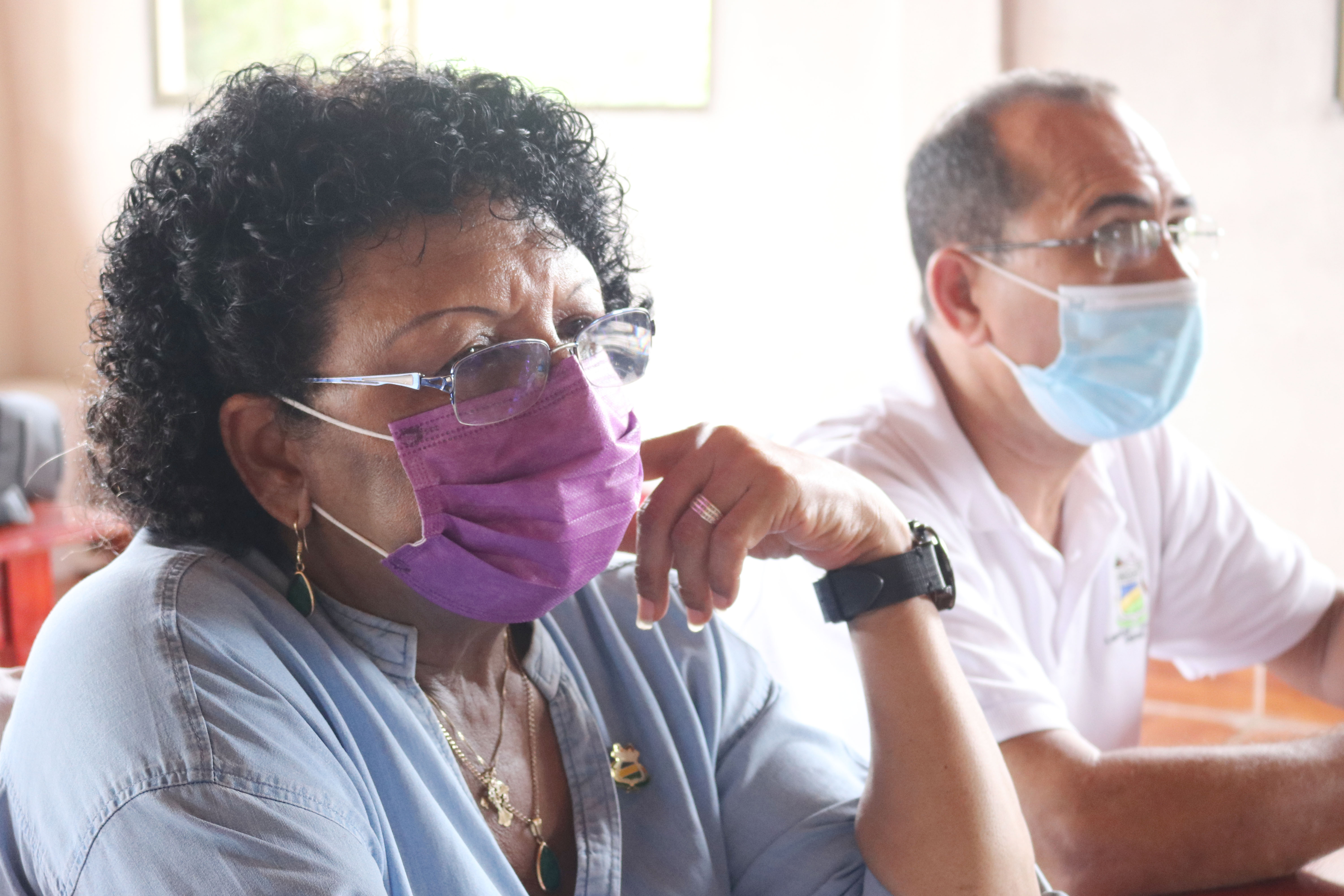 The rector of URACCAN, Dr. Alta Hooker, with the vice-chancellor of the Bilwi compound, PhD. Enrique Cordón.

The topics addressed and the decisions made in the CUR will always aim to ensure the study.

The authorities of the University Council of the Bilwi Campus (CUR) were located in the university extension of Waspam, with the accompaniment of the rector of this house of intercultural higher education, Dr. Alta Hooker. This activity addressed, among other topics, the commemoration of the 26th Anniversary of URACCAN and the 33 years of Regional Autonomy.

"The programming they have seems very good to me and the joint is very good. There will be an autonomy forum where we can review what the progress has been in that process, because it is often easy to sit down and say that nothing has been done, that is the easiest thing, but getting on and really analyzing those advances and what the costeños and costñas have done and what we have done each of us to strengthen the process is extremely important , also motivates and gives new lights to new roads," said URACCAN's rector.

In this session, which corresponds to the eighth of the year, important decisions were made that together will always aim to ensure the well-being and needs of students from their territories.

Dr Enrique Cordón, vice-chancellor of the Bilwi campus, said that "the objectives of this university course are one, present the student recruitment process 2021, which we are presenting; we are also presenting the planning of the 26th Anniversary of URRACAN, but also the 33rd anniversary of Regional Autonomy, are two activities that we are organizing together. Autonomy in order to seek to train professionals for the development of Nicaragua's Caribbean Coast founded URACCAN in order for us to seek how to create those professionals we so desperately need for development."

The month of October marks the milestone of two very important dates for the Caribbean Coast. It is the 26th anniversary of this alma mater, which shelters at its wide the interculturality and unification of its indigenous and Afro-descendant peoples; It also celebrates the 33rd anniversary of Regional Autonomy.