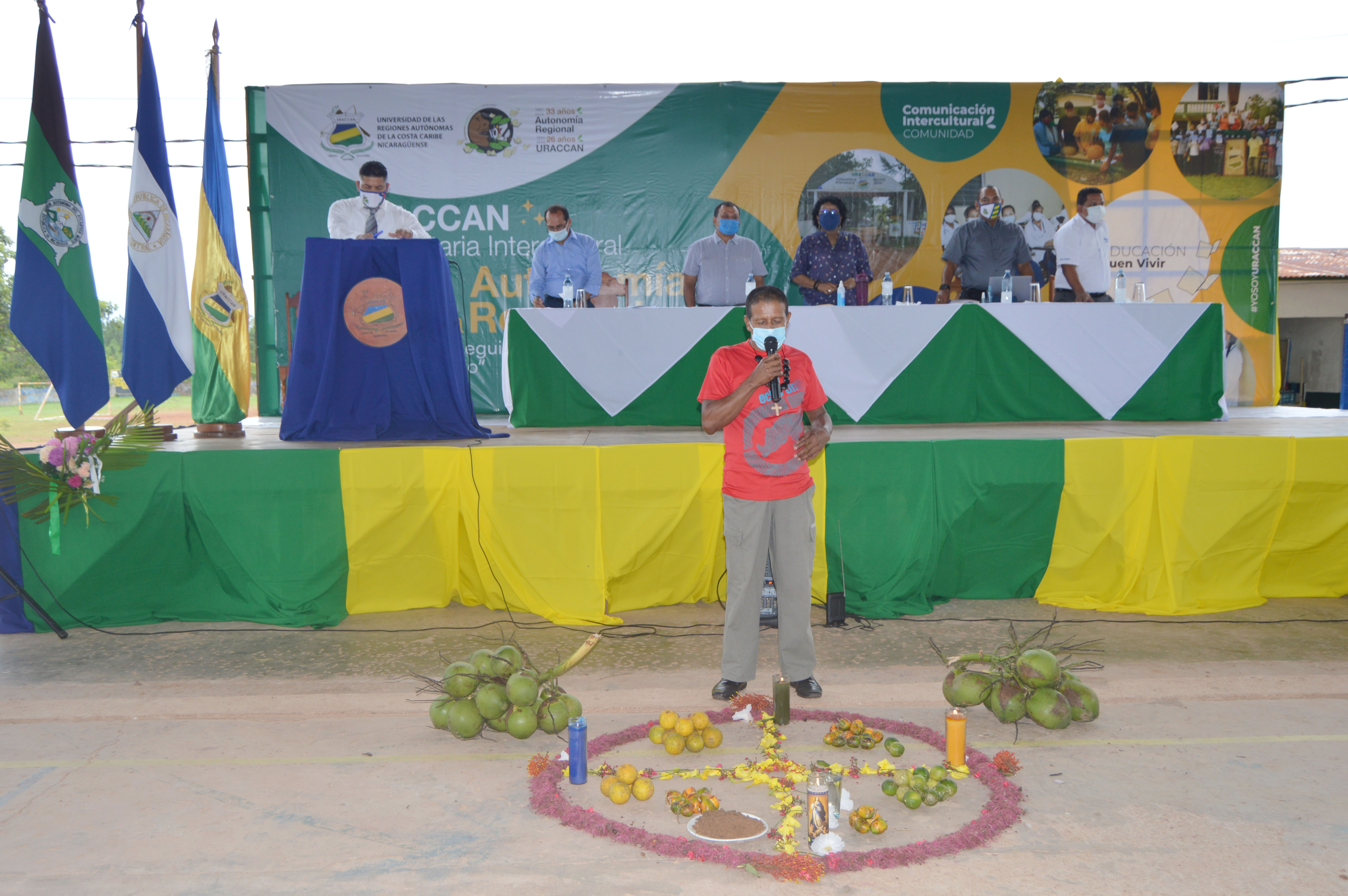 The traditional physician Guidean Morales, in the foreground, during the spiritual ceremony.

At the opening ceremony of the XXVI anniversary of URACCAN and XXXIII anniversary of Regional Autonomy, began with the spiritual reflection led by the traditional physician Guidean Morales, originally from the municipality of Waspam, who focused on the four elements that make up the Pachamama: fire, earth, water and air. Morales, through his reflection, focused on the care of Mother Earth, such as not polluting the waters because together they strengthen human and non-human lives.

Also, at the opening ceremony, Dr. Enrique Cordón was in charge of giving the words of welcome to the guests, special guests and the entire university community, as well as congratulating the indigenous peoples, Afro-descendants and half-breeds of the Caribbean Coast for celebrating, in this 2020, 33 years of the Promulgation of Regional Autonomy. "Today we are celebrating the 26th anniversary of URACCAN and 33rd anniversary of the implementation of the Regional Autonomy project, it is a political project that gave rise to our study house," said the vice-chancellor of the Bilwi compound.

In addition, Cordón thanked teachers, administrative staff and students because in this way the Autonomous Regions have been strengthened, with the delivery of "more than three thousand professionals in the different disciplines and we continue to have in our classrooms an average of 1,500 students per year, they contribute to make these achievements possible," he said in his address.

Among the main commitments that are being fulfilled in the walk of the 26 years of the URACCAN stand out: continue to promote non-discrimination, to the free expression of opinions, innovation, "we are making very good and rapid progress," the vice-chancellor said.

Cordón stated that Caribbean society has always seen URACCAN with a lot of affection, acceptance and trust, "This is our second home, we spend more time here than in our own homes. If we don't take care of our house, no one will do it for us, every time we see something out of place, let's improve it, together we can move this institution to another level of functioning," the vice-chancellor concluded.