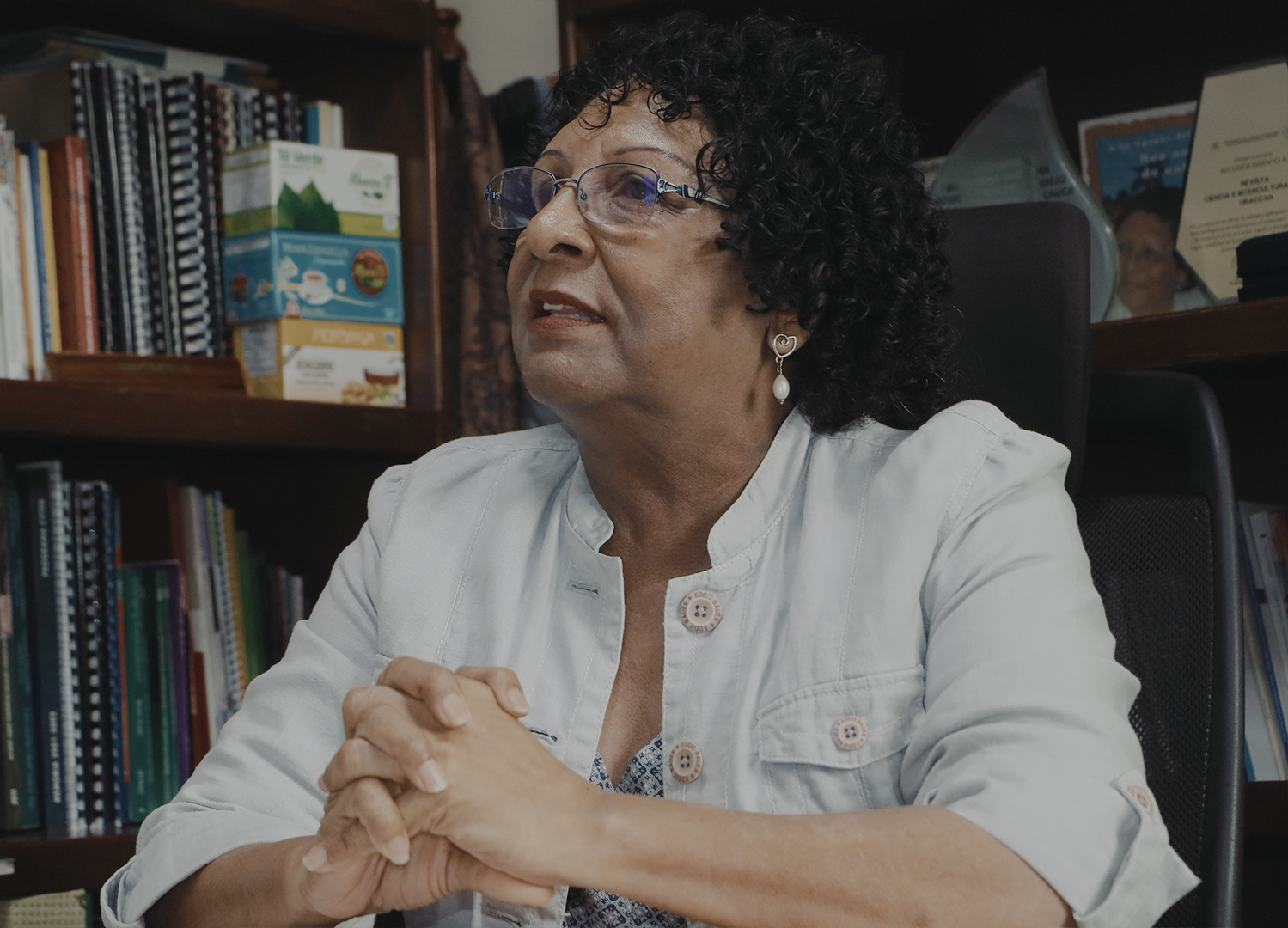 The long and inspiring journey traveled by URACCAN

Dr. Alta Hooker, rector of URACCAN and coordinator of RUIICAY, developed this morning the international workshop entitled "Prevention and Attention of Gender Violence in Institutions of Higher Education in Intercultural Contexts", through which she passionately reflected on the long and difficult path that this institution has taken in promoting dialogues of knowledge and consensus to build an intercultural gender perspective that responds to reality , need and aspirations of the peoples of nicaragua's Caribbean Coast.

This activity was promoted by the Union of Universities of Latin America and the Caribbean (UDUAL) and the University Network of Gender, Equity and Sexual Diversity (RUGEDS). He also had great international enthusiasm, as the audience expressed numerous messages of admiration for the illustrious speaker, who is a recognized authority in the field of interculturality and the rights of indigenous and Afro-descendant peoples.

URACCAN, its origins and learnings

Dr. Hooker began by recalling the times when education in the Nicaraguan Caribbean was first and foremost religious, taught by missionaries and in the light of a Western model that ignored the culture and traditions of the original peoples. However, from 1990, an educational transformation process began based on the Regional Autonomy Act, a context in which URACCAN (1995) was born, as a response to the aspirations and dreams of the Caribbean region.

URACCAN, proposes its excellent rector, is a political and educational project of the Caribbean peoples, proposed by their leaders. Therefore, its educational model does not impose methodologies, but arises from dialogue with the community, revitalizing and promoting the exercise of collective rights, worldview and spirituality, as well as the different forms of cultural organization of the different ethnic groups that inhabit that territory.

Thus, URACCAN begins to play a central role in areas of research and innovation, so that Caribbean communities would no longer be objects and become subjects of study, fostering a process of gender equality. Hence, the population of the Caribbean Coast sees the university as substantial a part of it.

The five areas of knowledge of URACCAN and birth of CEIMM

According to Dr. Hooker, URACCAN is based on five areas of knowledge: Intercultural Health, Education, Economic Sciences, Environment, Humanities. And in all of them, the intercultural approach to gender is cross-cutting. This explains the great female participation in institutional academic life, where 58% of students are women.

Since 1998, rector Hooker has continued, the Center for Multi-Ethnic Women's Studies and Information (CEIMM) has been founded, with the aim of institutionalizing the intercultural gender perspective and radiating the entire regional regional education system.

This approach is holistic and comprehensive, as it is based on the culture, values and traditions of ethnic communities. In this sense, THE CISms develop gender chairs with leaders, wise, wise, to discuss gender concepts and achieve equitable relationships; to promote actions that encourage participation in political decisions, public policies and development spaces for the regional, cultural, social, educational and economic strengthening of the region.

As a result of this approach under construction, as Dr Hooker pointed out, legislation was created to eradicate gender inequality, discrimination and violence. Based on this, commissions against violence and discrimination were created in each URACCAN precinct and extension, made up of different representatives: CEIMM, Human Talents, Student Welfare, Teaching Guild, Administrative Guild, Institute of Traditional Medicine and Community Development (IMTRADEC), as well as indigenous leaders, Afro-descendants and people committed to the subject.

The noted commissions began to play an active and proactive role. All this began to build trust among the victims, who broke the silence and their cases began to be addressed by the corresponding pathways. In addition, awareness-raising processes and gender-sensitive curriculums were promoted; indicators were designed for information processes; teachers and students were trained from this perspective. Similarly, indigenous and Afro graduates on discrimination and violence were taught.

The illustrious rector of URACCAN concluded her dissertation by ensuring that gender practices must take into account multi-ethnic culture, that any problem based on gender differences must be addressed as a dynamic process that results from consensus with the community and that therein lies the role of the academy: to be a bridge with epistemic equity, respecting the worldview and responding to the need of each people.

Following the reflections of the illustrious Dr. Hooker, the audience's concerns were not expected, first praising the work done from URACCAN for the native peoples and then questioning the challenges and perspectives regarding the different forms of violence and discrimination against indigenous and Afro-descendant communities. In all this, the rector firmly stated that any project should be based on concertation, agreements to seek dialogued solutions, on university mediations between customary law and positive law.

"By force," Rector Hooker said, "you can't change something that's been there for a long time, so the trainings must be with men and women." Only through consultation processes can you reach the heart of the community.

From different entities working on gender care and prevention, there was great interest in the experiences gained at this Intercultural Community University throughout her academic career, which Dr. Hooker made noblely available to the public, always giving credit to the leaders of indigenous and Afro communities, who have been authors of their own development , of its transformations and of the struggle for its autonomy.