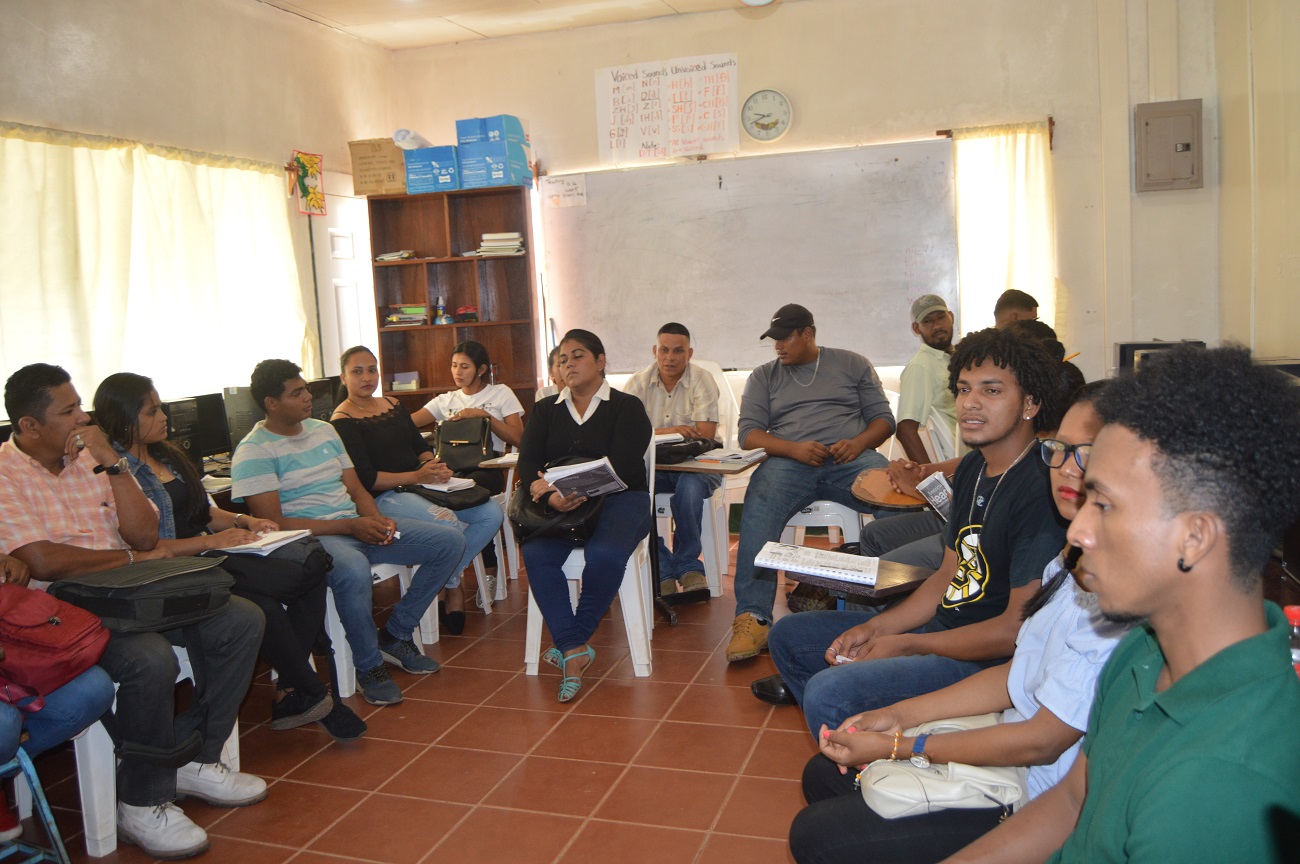 A total of 39 students mostly young people participate in the specialized English course with the aim of being agents of telecommunications companies or callcenter, which develops URACCAN in its Bilwi Campus, in conjunction with TELCOR and Carcip, thus fulfilling with one the main purposes of the mission of the First Intercultural Community University in Latin America, such as to train men and women committed to the development of the Caribbean Coast of Nicaragua and therefore of Autonomy.

According to Nilson Dumas, project coordinator by URACCAN in conjunction with the Nicaraguan Institute of Telecommunications and Post Office of Nicaragua (TELCOR) and through the Caribbean Regional Communications Infrastructure Program (CARCIP), "we started with the first stage in October 2019 with two groups , one of 19 students and the other with 20, with different shifts, one in the morning and the other in the afternoon," explained the teacher.

Advances in the specialization course

According to Dumas, 50% progress has been made with this specialization course "we already did the first evaluation that the project asks us to do, this evaluation consists of doing a test called Versant, then making an assessment on some limitations that students have and preparing them for the final exam", explained the teacher.

In addition, Mr. Dumas stated that in order for these 39 students to be certified by Carcip, Telcor and URACCAN must have a mastery of English at level B2, "in order for them to have that level they have to take a note that is already stipulated in the exam for them to pass," he emphasized.

It should be mentioned that this course plans to be completed in April of this year, "what we plan is to finish the first course, deliver to the first two groups, and then in May start with another group and thus prepare talent for the region so that they can work in the Callcenter industry," said Nilson Dumas.