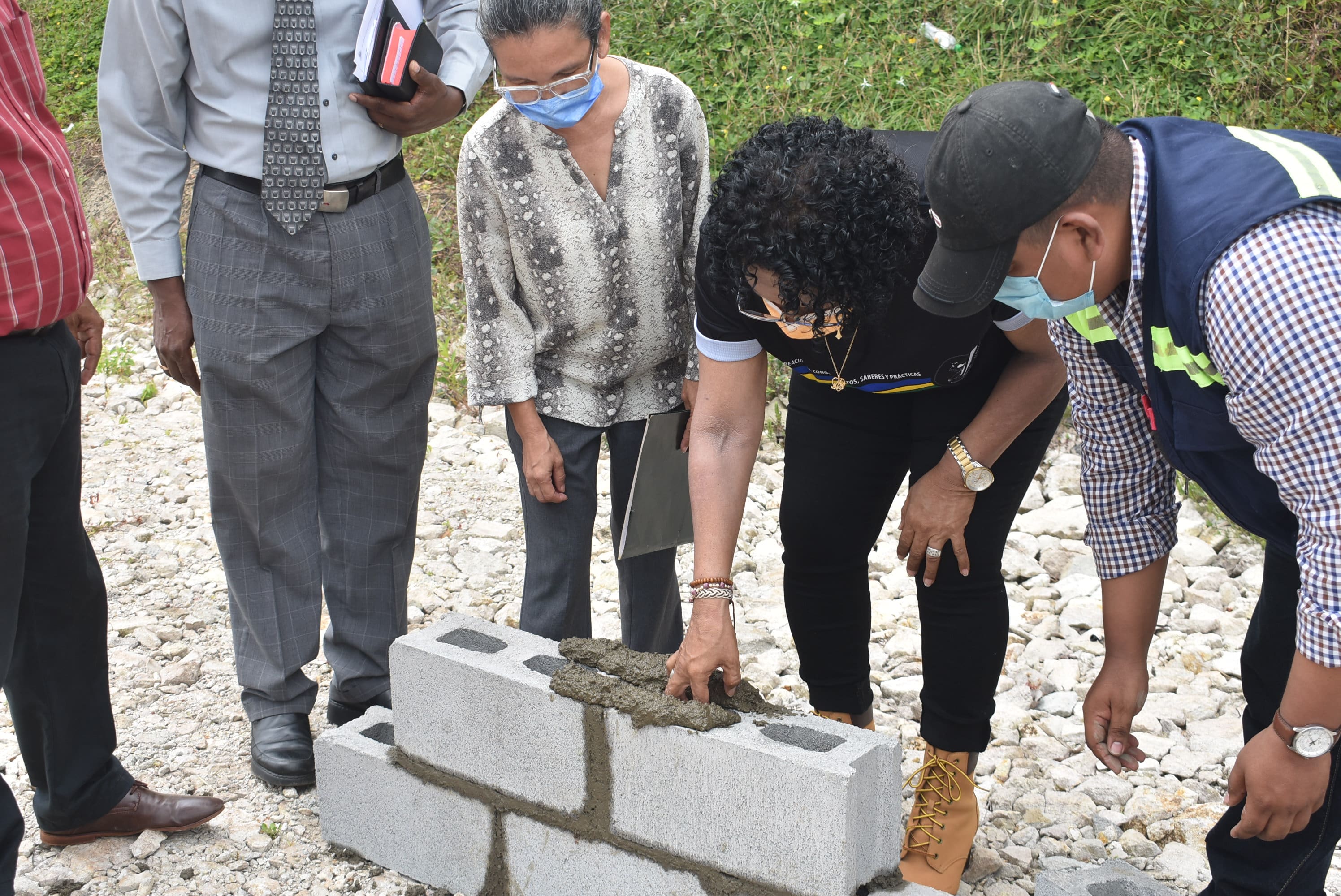 Opening of the construction of the auditorium in URACCAN Bluefields venue

One of URACCAN's dreams began in its Bluefields venue, the construction of the auditorium in this enclosure, which has been a project promoted from rectory, in order to highlight the coastal culture of the Indigenous peoples, Afro-descendants and Mestizos of the Caribbean Coast.

In this sense, a thank you ceremony was held for the beginning of this work, with the placement of the first stone of the construction of the auditorium, with the participation of the rector of URACCAN, Dr. Alta Hooker Blandford; MSc. Yuri Zapata, Deputy Chancellor General and MSc. Diala Lopez, vice-chancellor of the Bluefields campus, in conjunction with the campus college community.

The activity began with the intonation of the national anthem and autonomy, the invocation of the most high, subsequently a reflection was carried out, by the Reverend Eli Simon, continuing with the placement of the first stone in the construction.

Feelings from the authorities

According to Dr. Alta Hooker, this is a giant step for URACCAN "because we are celebrating the opening of this work with the laying of the first stone for the construction of the auditorium, our vision is that it is one of the largest on the Caribbean Coast," he said.

"This auditorium is not only from the URACCAN family, but for the entire population, colleagues who need to make visible the activities we promote in the Caribbean," he added.

Finally, the rector assured that since the rectory there has been a commitment to accompany this whole process and ensure that this construction "is really what we have all dreamed of," she said.

According to Ing. Jurgen Guillén, the scheduled for the construction process is 181 days in calendar, during this course of time qualified labor will be hired, "with this we will also be guaranteeing more than 150 jobs", he explained.

During the ceremony, teacher Diala López, vice-chancellor of URACCAN Bluefields Precinct, thanked each of those who made this dream possible. "I want to extend the thanks to the rector for her efforts and to all those people who in one way or another have contributed so that today we are starting with this emblematic project of our university. Now our commitment as a university community is the care and shelter of this future building that would begin to be part of the heritage of our campus and our university," he concluded