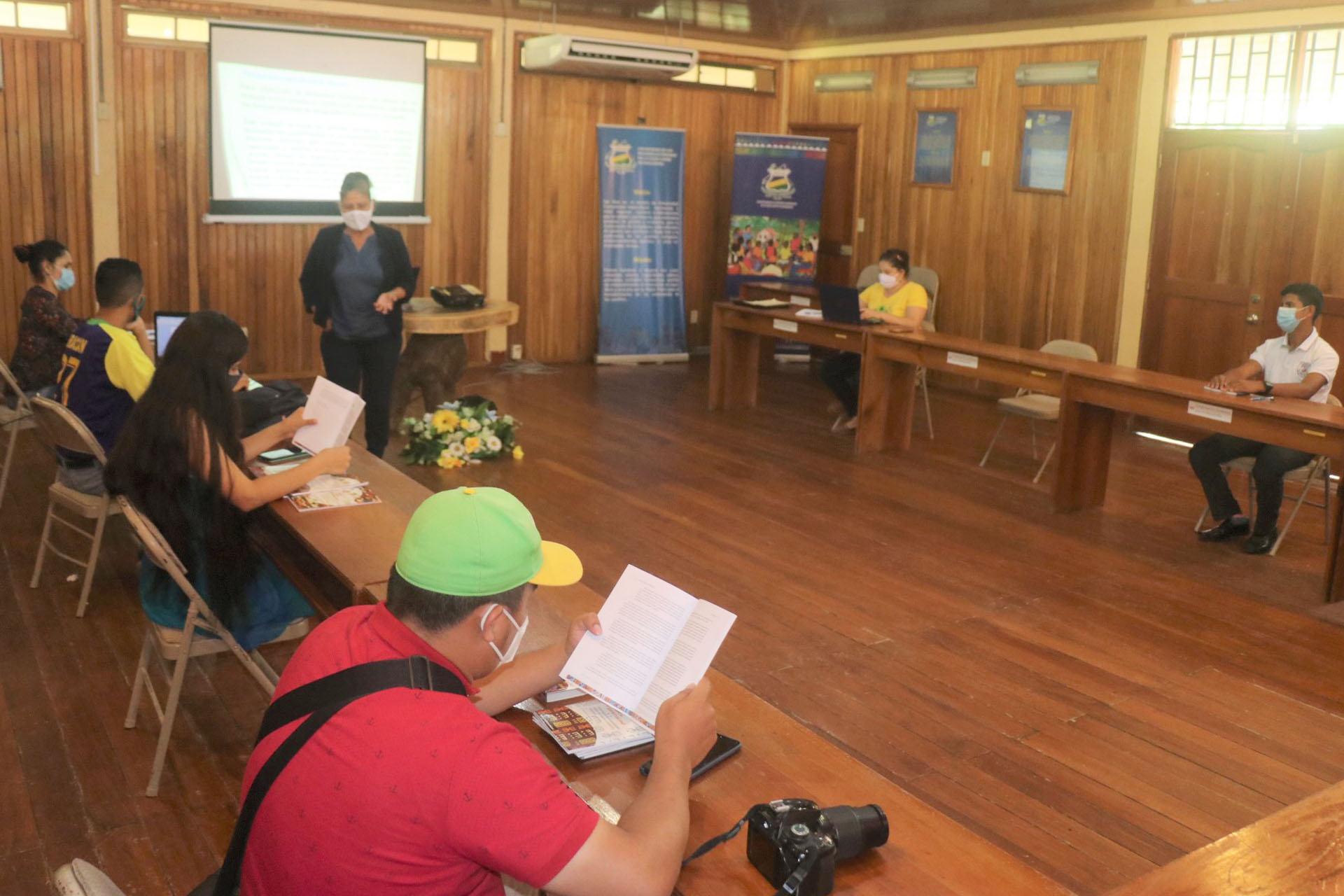 CEIMM is working in conjunction with the Presagio Group and Students of Intercultural Communication.

Young people will also contribute to the development of the script and in the production of audio.

URACCAN's Center for Multi-Ethnic Women's Studies and Information (CEIMM) on its Siuna campus began a meeting with students from the Omen Cultural Movement and Intercultural Communication, with the aim of building scripts for the radionovela that will be developed within the framework of the research "Gender, violence and spirituality".

Teacher Ada Madrigal, head of CIS projects, explained that "as CEIMM we have articulated with the Commission on the Eradication of Violence and Discrimination the construction of a radionovela born from the context that is lived in the Caribbean Coast in terms of gender, violence and spirituality".

"The construction of this important work is also based on the framework of the Decolonization and Depatriarcalization project for the Transformation of Education and arises from the research action plan and aims to contribute to raising awareness of the eradication and prevention of all kinds of violence," Madrigal said.

For the student Walquiria Otero, member of the Presagio Cultural Movement, "as students we want to contribute with our abilities, to be those people where the population can be identified, in addition to contributing in change to build a more equitable society, living interculturality".

For his part, Darvin Martínez, student of Intercultural Communication, stated that "with the spaces already developed, classes and experience in radio production topics, we will contribute in the elaboration of the scripts focused on a radionovela structure with an emphasis on intercultural communication, as well as training in voice topics for actors, as well as the development of audio production already materialized".