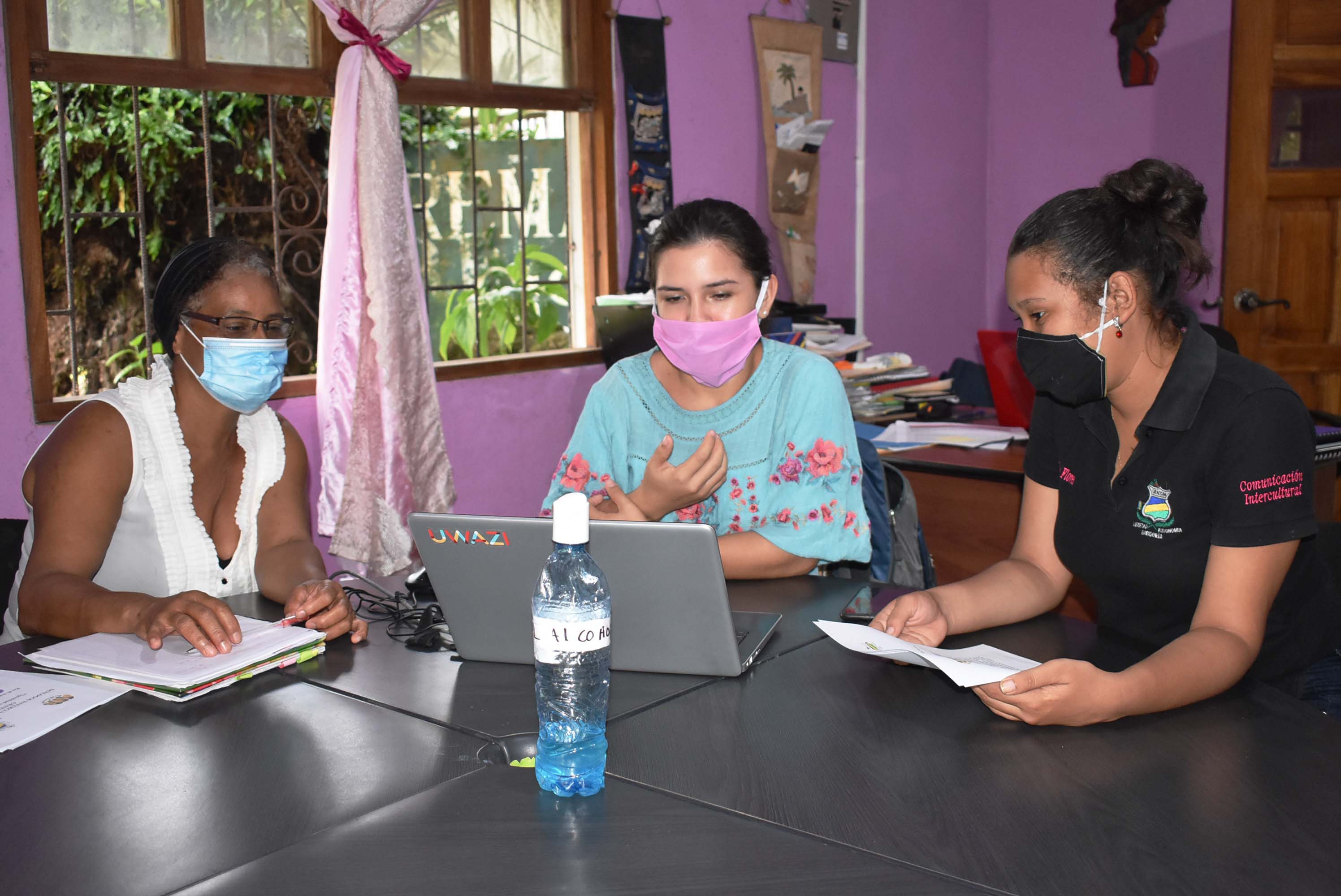 Representatives of CEIMM and ICI at the Bluefields venue working on the proposal for a communicative campaign.

The Centre for Multi-Ethnic Women's Studies and Information (CEIMM) and the Institute for Intercultural Communication (ICI), both of URACCAN, work on the design of a digital campaign based on action plans proposed by activist groups, the product of a cycle of discussions previously promoted by CEIMM in Bluefields.

The campaign aims to represent LGBTIQ+ groups and people with disabilities, making their realities visible in society and the way they contribute to the vindication of their rights; it also aims to raise awareness among these communities and the general population about sex education and reproductive rights, from a gender perspective and intercultural perspective.

For this reason, the Bluefields venue has coordinated sessions between representatives of CEIMM and ICI, which have resulted in a series of actions focused on the non-discrimination of these groups, as well as to experience situations that these groups experience, their challenges and achievements in the search to make themselves heard in a society that has kept them excluded in many areas.

In this regard, Velia Sevilla, a ceIMM technique explained that "through the activity of the seminars of activist debates, promoted from the CIS, these groups have been integrated and participated in different dialogues, in order to generate their proposals; one of them has been communication campaigns aimed at the general population, and members of the university."

Among the actions projected through the digital campaign is to disseminate life stories of people who have faced some form of violence in spaces where their human rights should be respected and guaranteed, but also to show positive aspects that have resulted from the struggle to promote and make these rights visible.

"It is planned to work later with the other groups, that of single mothers and survivors of violence, indigenous and Afro-descendant groups; in order to continue the promotion of their human rights, and to ensure their inclusion in social and educational spaces," Concluded Seville.