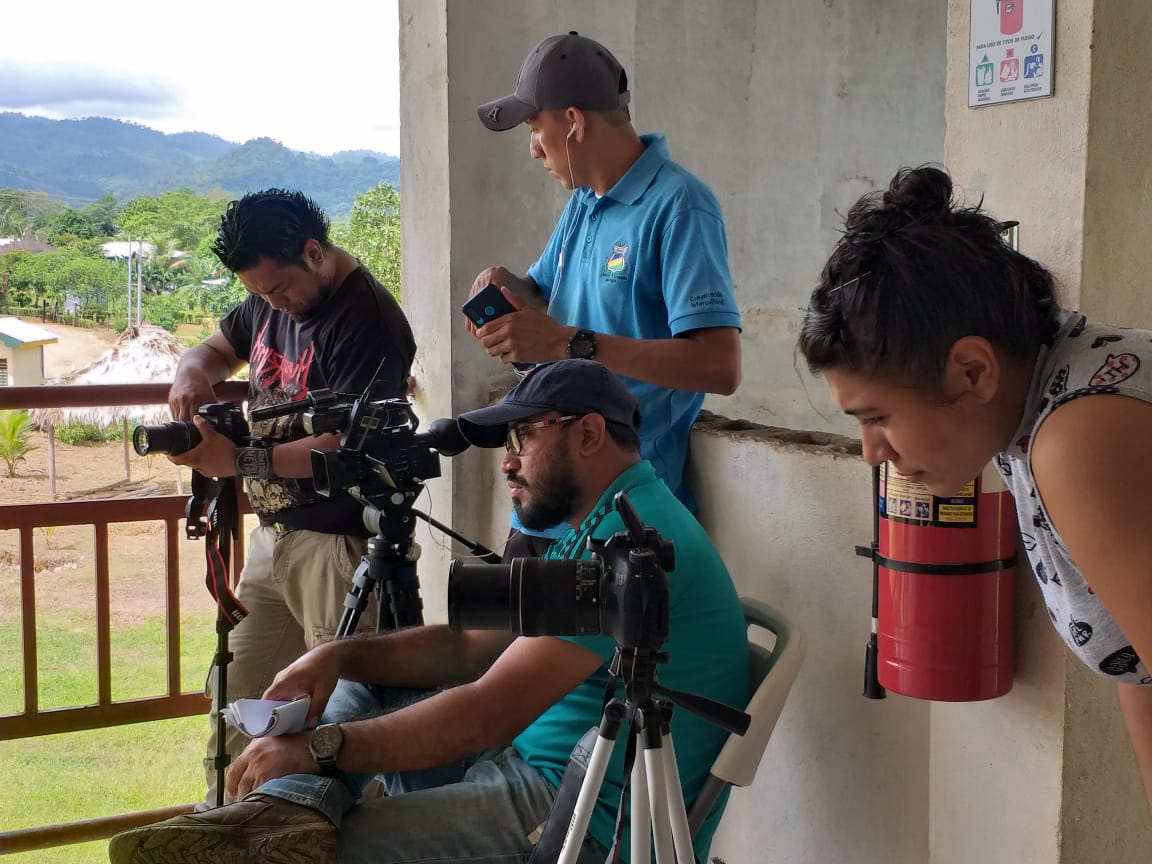 URACCAN, from its institutional philosophy and cross-cutting axes, as well as the articulation of substantive areas, considers and conceptualizes Intercultural Communication as an indispensable and important element for the university, where institutional processes play a decisive role in the Community Social Extension.

That is why, 25 years after their career and contribution to indigenous peoples, Afro-descendants and half-breeds of the Caribbean Coast of Nicaragua, weaving interculturality with the Peoples, the communication team of the URACCAN, is carrying out the production of a documentary, which captures the walk of this institution of Community Intercultural Higher Education, taking a tour of the territories of the Caribbean Coast and the enclosures and extensions of URACCAN. 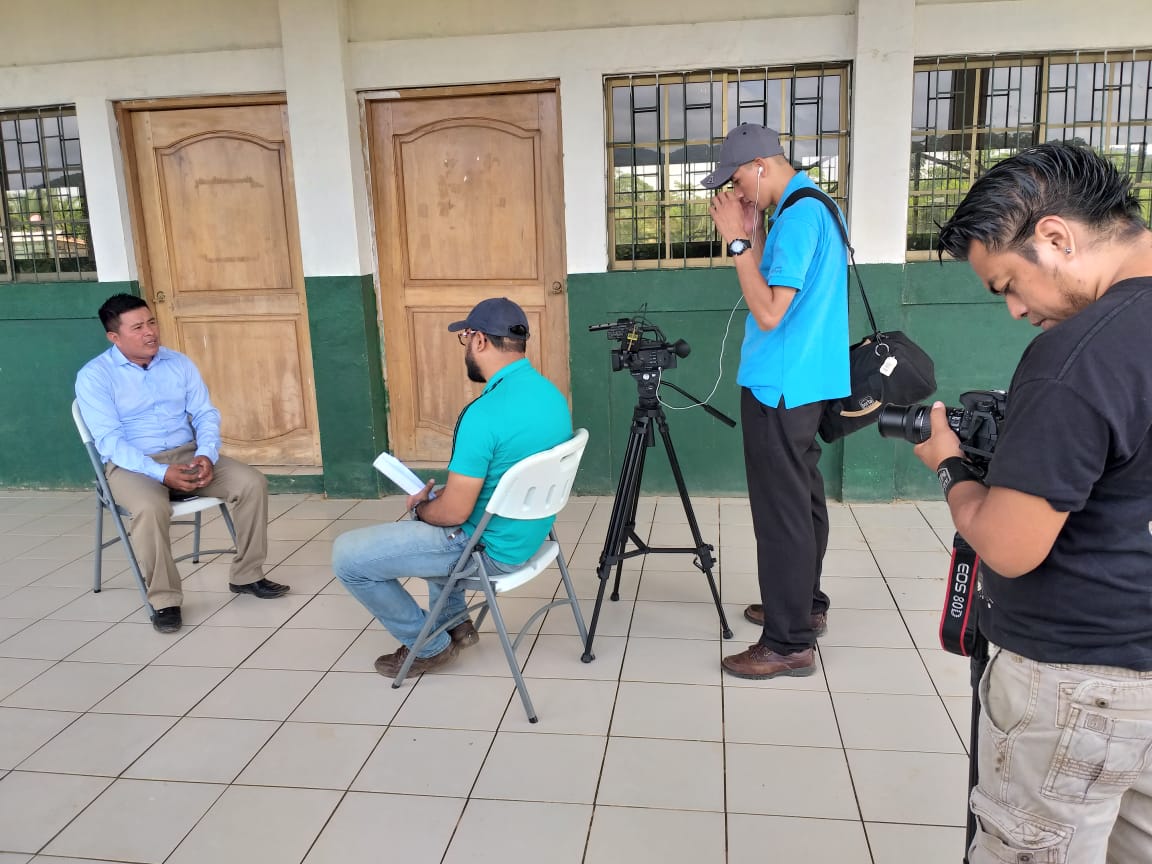 During the previous week, the communication team was in Bonanza, Rosita, Siuna and Waslala, where they have conducted a series of interviews and resource shots, which will allow them to finally edit the documentary, scheduled to be presented at the 25-year event of URACCAN, to be held in Bilwi, in October of this year.

During the filming process in these locations, the team conducted interviews, in Bonanza, with the coordinator of the university extension, Master Eulogio Pedro Rufus, who highlighted the investment that URACCAN has made in the infrastructure and the quality of teachers they have in this territory.

For her part, Ph.D. Leonor Ruiz Calderón, vice-chancellor of the URACCAN Las Minas campus, explained all the growth processes that the site has had in terms of infrastructure, capacities of the institution's teaching and administrative staff and community extension in the Community Development Centers, which were developed with cooperation from Austria, but also with the support of the rector Alta Hooker , achieving a strong investment to improve the services of Higher Education in URACCAN.

In addition, the master Adrián Puerta Chavarría, highlighted the planning processes that URACCAN has implemented over these 25 years and the impact that Higher Education has on the Caribbean Coast. Similarly, teacher Rosidani Molina highlighted URACCAN's strength in Waslala, also contributing to primary and secondary education, with the training provided to teachers and the skills created with the sons and daughters of producers for the management of coffee, cocoa and livestock production.

In this way, URACCAN's communication team completed her tour of the North Caribbean, from Waspam, Bilwi, Bonanza, Rosita, Siuna and Waslala, where teacher Rosidani Molina, coordinator of the URACCAN Waslala Extension administration, highlighted the main results that the municipality of Waslala has had since the authorities opened that university headquarters, which has contributed to the development with identity and training of human talents in this area of Nicaragua.The team now continues to the Southern Caribbean, to the New Guinea Precinct and finish the day at Bluefields, with the entire filming process and pre-production of the documentary.